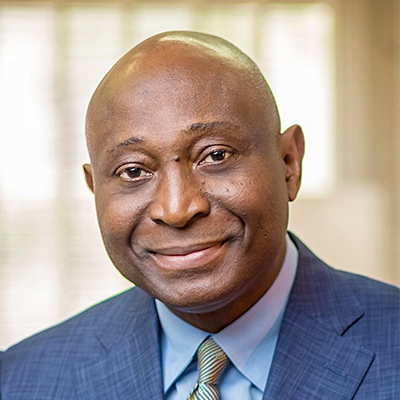 Mr. George commenced his working life at First City Merchant Bank (FCMB) in 1986.   He subsequently moved to Citibank in 1987 and worked in the Treasury Group and Corporate Banking Group. He resigned from Citibank in 1991 to set up his businesses.

Mr. George has been in private business since leaving Citibank setting up Sealand Oilfield Services Limited.  Sealand provides consulting and procurement services in the oil & gas industries in Nigeria.   Mr. George was also a Director of American Oilfield Divers Ltd a company which provided diving services for the oil & gas industry which later became part of Subsea 7.

Mr. George is also the Managing Director of Seametric Engineering Ltd which provides design engineering services to the oil & gas industry, and is the Chairman of Aveon Offshore Ltd, one of the largest wholly Nigerian owned fabrication and construction services providers in the Nigerian oil and gas industry.